The bodies of sanitary fittings for pipes and tubes are most often the same basic material as the connected pipe or piping: copper, steel, PVC, chlorinated polyvinylchloride (CPVC) or ABS. Any material authorized by the plumbing, health, or construction code (as applicable) may be used, but must be compatible with other system materials, fluids being transported, and temperature and pressure inside the system. . Brass or bronze fittings are common in copper plumbing and plumbing systems. Fire hazards, earthquake resistance and other factors also influence the choice of adjustment materials.

Piping or piping is usually inserted into sanitary fittings to make connections. The connectors are assigned a genus, abbreviated M or F. An example of this is a “3/4 inch NPT female adapter”, which would have a corresponding male connection of the same size and threading standard (in this case, NPT). 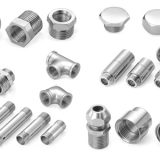 What are Sanitary Fittings? 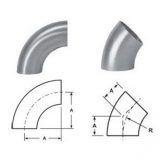 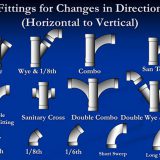 Sanitary Fittings in All Forms and Shapes 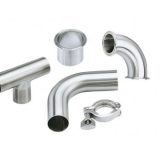