A sanitary valve is a device that regulates, directs or controls the flow of a fluid by opening, closing, or partially obstructing various passageways. Meanwhile, it requires high hygiene standards.

A sanitary butterfly valve is a valve that isolates or regulates the flow of a fluid. The operation is similar to that of a ball valve, which allows a quick closing. The disc is positioned at the center of the pipe. A rod passes through the disk to an actuator located outside the valve. The rotation of the actuator rotates the disk parallel or perpendicular to the flow. Unlike a ball valve, the disc is always present in the flow, which induces a pressure drop, even when it is open.

A sanitary ball valve is a form of quarter-turn valve that uses a hollow, perforated and swivel ball to control flow through it. It is open when the bullet hole is aligned with the flow and closed when it is rotated 90 degrees by the valve handle. The handle is flat when it is open and perpendicular to it when it is open, which facilitates the visual confirmation of the condition of the valve.

A spherical sanitary valve, different from the ball valve, is a type of valve used to regulate the flow in a pipeline, consisting of a movable disc member and a stationary ring seat in a generally spherical body. Globe valves are named for their spherical body shape with the two body halves being separated by an internal baffle. This has an opening that forms a seat on which a movable plug can be screwed to close the valve. In valve valves, the plug is connected to a screw-operated rod with a handwheel in the manual valves. Generally, the automated check valves use smooth rather than threaded rods and are opened and closed by an actuator assembly.

All the operational principles of these sanitary valves are exhibited through the above animations for your reference. 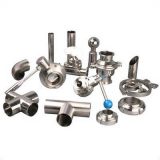 Why Sanitary Valves Are Vital for Every System 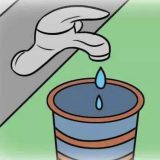 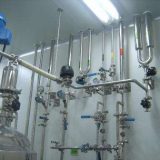 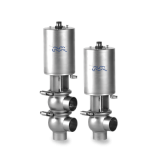