How to Choose Valve Reasonably According to Characteristics of Medium

Selecting the valve according to the on-off nature of the medium:
1 gate valve:
Gate valve is used as a cut-off medium, in full open, the whole flow through,  the medium running pressure loss minimum at this time. Gate valves are normally applied to conditions that do not require constant opening and closing, and that the gate is fully open or fully closed. Not suitable for use as an adjustment or throttling. For high-speed flow medium, the gate can cause the vibration of the gate under the condition of partial opening, and the vibration may damage the sealing surface of the gate and the valve seat, while throttling will cause the gate to suffer the erosion of medium. The main difference between the structure and form is the form of the sealing elements used. According to the form of sealing components, the gate valve is often divided into several different types, such as wedge gate valve, parallel gate valve, parallel double gate valve, wedge type double gate valve, etc.. The most commonly used forms are wedge gate valves and parallel gate valves. 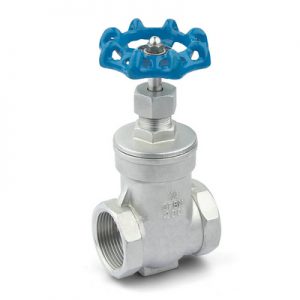 2, stop valve:
The stem axis of the valve is perpendicular to the valve seat seal. The opening or closing of the valve stem is relatively short and has a very reliable cutting action, which makes the valve suitable for cutting or regulating the medium and throttling.
Once the valve is in the valve open position, its valve seat and valve sealing surface is no longer between the contacts and have very reliable cutting action, and combine this valve is suitable for medium off or adjust the throttle and use.
Once the valve is turned on, there is no contact with its seat and disc sealing surface between the sealing surface mechanical wear small, because there is no need to remove the valve from the pipeline to most of the valve seat and valve easily repaired or replaced seals, which the valves and pipes welded as one of the occasion is appropriate. The flow direction of the medium through such valve has changed, so the flow resistance of the cut-off valve is higher than other valves.
3 Butterfly valve:
Butterfly valve plate installed in the direction of the diameter of the pipe. In the butterfly valve body cylindrical channel, the disc shaped butterfly plate revolves around the axis, the rotation angle is 0 degrees ~90 degrees, when rotates to 90 degrees, the valve opens the card completely.
Butterfly valve structure is simple, small size, light weight, only by a few parts. The utility model can be rapidly opened and closed only by rotating 90 DEG, the operation is simple, and the valve has good fluid control characteristics. When the butterfly valve is in the fully open position, the butterfly plate thickness is the only resistance when the medium passes through the valve body, so the pressure drop produced by the valve is very small, so the flow control characteristic is better. Butterfly valve has two seal type such as bullet sealing and metal sealing. Resilient sealing valve. The sealing ring can be mounted on the valve body or attached to the periphery of the disc.
Metal sealed valves are generally longer than resilient seals, but they are difficult to seal completely. The metal seal can adapt to higher working temperature, and the elastic seal has the limitation of temperature.
If the butterfly valve is used as a flow control, the main thing is to correctly select the size and type of valve. Butterfly valve structure and principle, especially suitable for making large-diameter valves. Butterfly valves are not only widely used in petroleum, gas, chemical, water treatment and other general industries, but also applied to the cooling water system of thermal power stations. There are two kinds of butterfly valves commonly used: clip type butterfly valve and flanged butterfly valve. The clip type butterfly valve is connected with the two pipe flange with a stud bolt. The flange type butterfly valve is provided with a flange on the valve, and bolts are used to connect the flanges at the ends of the valve to the pipe flange. Imported pumps, valves, industrial washing machines. 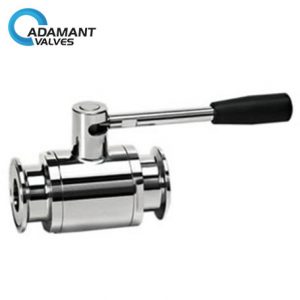 4, ball valve:
Ball valve is evolved from the plug valve. It has the same rotation, 90 degrees lifting action, and the difference is that the cock body is a sphere and has a circular through hole or passage through its axis. The ratio of the sphere to the channel opening should be this, i.e., when the ball rotates 90 degrees, the spherical surface should be fully presented at the inlet and outlet, thus truncating the flow.
The ball valve only needs to rotate 90 degrees of operation. Full equality of the valve cavity for the media to provide a small resistance, through the flow channel. It is generally believed that the ball valve is suitable for direct opening and closing, but the development of the ball valve has been designed to make it throttling and controlling the flow. The main features of the valve itself is compact, easy operation and maintenance for water, solvents, acids, and natural gas general working media, but also applies to poor working conditions of media, such as oxygen, hydrogen peroxide, methane and ethylene. Ball valve body can be integrated, or can be combined.

What is The Use of Sanitary Butterfly Valves? 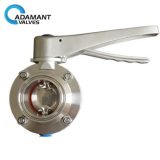 How to Use Sanitary Quick Butterfly Valve 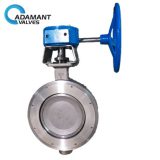 How to Use Sanitary Manual Butterfly Valve

Where Valves Are Used 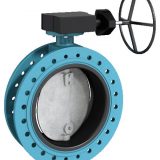 The type of flanged butterfly valve