Butterfly valve: It is also known as flap valve, which is a kind of sanitary regulating valve with a simple structure. As butterfly valve is not suitable to have close contact with pipe wall, it is only suitable for flow regulation, not for cutting off the pipeline. It’s commonly used to regulate flow on pipelines that transmit air and flue gas. Butterfly valve uses circular disc that rotates around valve stem as its opening and closing member to achieve the action of opening and closing. It can also be designed to have functions of regulating or shutting-off with regulating. Now it’s increasingly used in low-pressure large and medium-caliber pipelines.

Shut-off valve: Compared with gate valve, it has a simple structure, is easy to manufacture and maintain, has a good regulating performance, is widely used in media transmission pipelines. But there’s a change of direction when fluid flows through shut-off valve, so the resistance is large. Therefore, it’s not suitable for use in pipelines that have large viscosity, contain suspended material and easily crystallized material. Nor is it suitable to be used as venting valve and low vacuum system valve. Shut-off valve is widely used in all kinds of pressurized fluid pipelines. It is also commonly used in steam and compressed air pipelines. It is mainly used to connect or shut-off the medium in pipelines. It is usually not used to regulate flow. It is suitable for situations where the range of pressure and temperature is large. It is generally used in medium and small-caliber pipelines.

The Features of Signal Butterfly Valve 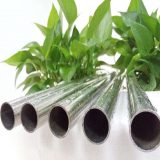 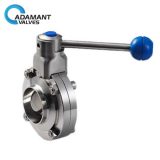 Everything You Need to Know About Sanitary Butterfly Valves